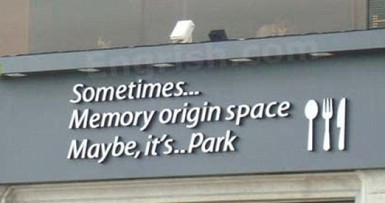 Oh Japan, sweet land of cherry blossom, majestic temples and bottom rinsing. I’m here, and it’s every bit as good as the infommercials. This isn’t my first rodeo, but the last time I was in Asia, I was swiftly whisked away from the airport to an island paradise where everyone spoke Asian Australian and laughed behind my back in English (it was disconcerting, but at least I could understand.) I’m in real Asia now, and these guys don’t mess around – you can’t just tack “le” on to the beginning of everything and hope they’ll understand. They’ll just look at you blankly, blankly but politely, in a way that says ‘you’re an idiot, but I still love and respect you and your extended family.’

And the politeness is next level. These guys make Canadians look bad. They bow after everything I say. And I’m just asking where the toilet is. Now I’ve started saying, “bend before me mortal, for you are in the presence of the Gods.” It’s really fun, except when I said it to an American who just flipped me off and said, “yeah, Buddha, maybe.” I consoled myself by eating two enormous sushi rolls.

Highlights of Japan so far:

Aforementioned douching – It says something about me that my cultural highlight so far was not traversing the breathtaking grounds of Osaka Castle, but the sweet sensation of warm water hitting my nether regions. If only we could combine the two.

Street drinking – like all culturally-advanced societies, one is free to imbibe in public places. And imbibe I have. In the street, on the train, in the toilet, and probably in an auditorium, just before I do my presentation (not sure how the crowd here will react to my driver’s licences.) Like Tom Cruise, it could go either way.

“Ladies Only” carriages on trains – this was really convenient, because I couldn’t wait to debrief the ending of Gossip Girl with someone. Sadly, all I got was blank stares. And the other women were too busy trading tampons and crying for no reason.

Sugary treats – My body would be a trainwreck if I was left unattended over here. Vending machine cakes. VENDING MACHINE CAKES.

Dogs – I actually like the Japanese ones. They’ve got bows in their hair and they look like tiny teddy bears. I even stopped to pat one. Which was difficult because I had two cans of Asahi in my hand at the time. The lady smiled at me and then walked briskly off. Briskly, but politely. Then laughed about me in Japanese to her friend.

In short, it’s cool. Just left Osaka (pronounce Osaka) and about to hit up Kobe with my dear friend Leonie, who has kindly flown over from Melbourne, and who can also apparently say hello and goodbye fluently in Japanese. Should be smooth sailing from hereon out.