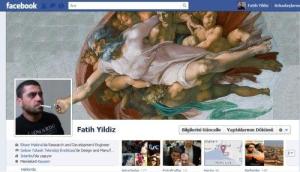 There are exceptions. Obama, for instance, or Henry Winkler from Happy Days. Other than that, though, I just assume that people with 3000 friends and upwards do nothing else but sit at home all day trying to find friends of friends of people they sat next to on the bus once.

Then again, they may just have a very lax screening process. See, I was once a free spirit, accepting people willy nilly, loving life and laughter. No one was less judicious than me, no one more charitable. And then a dark cloud appeared, hovering over my usually sunny countenance, eventually blocking out all light. That dark cloud’s name was *Barry.

The moment I laid eyes on Barry I knew he was trouble. He had no information other than several questionable ‘interests,’ and an expression similar to those stuffed toys that have fallen in the far corner of the skill-tester machine. The ones that are like, ‘for the love of all that is good and holy, pick me – I’ve been here since the seventies.’ Still, he seemed like a fairly nice guy.

This is exactly what neighbours say to police when they find out that the guy living next door has ten bodies in his basement. Barry did not end up killing me, small mercies, but he gave it his best shot. He was. mental. Right now, in an institution somewhere, this conversation is happening:

Doctor: Have you seen Barry?

Doctor: You know. Barry. Looks like one of those stuffed animals in the far corner of a skill tester machine.

Nurse/Barry: A bit like this? Pulls off mask, shoots doctor in leg and runs off, laughing.

His first mistake was writing five vaguely menacing “hey yous” in a row, followed by a string of wingdings and then, hours later, some odd emoticons. I truly believe that in the near future fourth year psych students will be required to take a class called ‘emoticology’ or something to that effect, which will examine the correlation between emoticon use and mental disorder.

It’ll be a kind of 21st century Rorschach test. As part of a patient’s treatment, the therapist will work through a book of emoticons ranging from the most innocuous – the classic smiley, for example – right up to that one where the smiley face is intoxicated, wearing a crown, smoking weed and still managing to wink, from behind his sunglasses. If a person reacts positively towards any on the further end of the spectrum they will be immediately taken away for further examination.

In the end, after receiving constant “wot u up 2 now’s” at 3am (always the same, Barry) and a few “you look nicey’s?” which were less offensive for the grammar than his indecision, I knew it was time to issue him a final warning.

I’d like to think that my message spoke both of my benevolence and my no-nonsense stance. It went something along the lines of “Barry, your behaviour is erratic and disturbing and you are this close (insert google image of man dangling perilously on the edge of a cliff) to being deported,” and then poked him a few times to drive it home.

Barry – alas – fell off the cliff, and the brief pleasure was all his, but his reign of terror did have some impact: every prospective ‘friend’ now undergoes a temporary probation period wherein I assess frequency of posts, turnover of profile pics and quality of status updates in general. I’ve done some shockers in my time, but if someone says “just bought a zucchini – roflmao,” I don’t like their chances.

4 thoughts on “It’s a truth universally acknowledged that people with too many Facebook friends are in need of a life.”